When Someone Shows You Who They Are 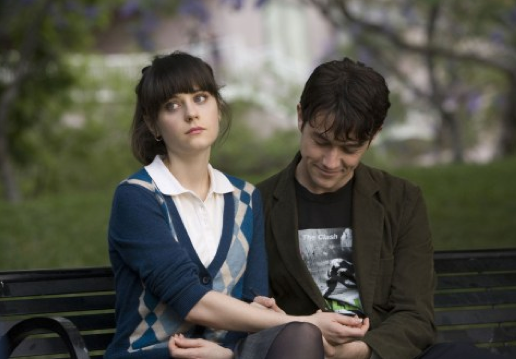 When someone shows you who they are, believe them.

I quote Maya Angelou on this one.

Now I’m not saying we can’t give people a second chance. But when they repeatedly tell you, or better yet, show you who they are, believe them.

Four years ago, after my divorce, I fell in love. It was love at first sight. From the moment I saw him, I knew he was the one for me. He seemed to feel the same. I could see it in his eyes when we first met. It was like the dreamweaver sequence from Wayne’s World. Remember that? Where Wayne sees the hot Tia Carrere on stage and Dreamweaver starts playing in the background? That’s what happened.

We were on set shooting a short film. He, the director and I, the actor. And at the end of our 10-hour day, I handed him my number. In a very discreet way so as to not tip-off any of the rest of the crew.

It had been exactly a year since my separation, only six months since my official divorce, and I couldn’t believe how lucky I was to be in love. But a week into us knowing each other, I asked him if he wanted kids and he plainly said, “I don’t know.”

The moment he said that, my heart sank. A gloomy feeling came over me and I couldn’t utter another word. He apologized, sensing my disappointment, but continued on with his conviction. He explained that until he had a successful career, which could take years, he couldn’t consider a family.

It was clear he wasn’t going to budge.

But instead of listening to what he and my gut were both trying to tell me, I decided to hear what I wanted to hear.

Well, he didn’t say he didn’t want any kids. He just said he didn’t know.

This feels right. How could it be so wrong if it feels so right?

But a year later as I was sobbing in heartache over our collapsed union, I learned that cold, hard facts need not be ignored en lieu of feelings.

He never deviated from how he felt. He stood firm on his beliefs, something I admired then and now. But on some level I was hoping that he would change his mind.

How often do we do this? Not just in love relationships but in friendships and work situations? We see something that’s not in alignment with our values, goals or desires yet we choose to ignore it. We choose to believe the version we prefer instead of the one being shown to us.

But by doing so, in the end, we only have ourselves to blame. What’s the saying? Fool me once, shame on you. Fool me twice, shame on me.

Now, I don’t regret this relationship at all. In fact, I’m sincerely grateful it happened. The lessons I learned were invaluable:

Stay true to yourself.

Listen to your instincts.

Never abandon who you are as a person for the sake of another.

People will only change on their own accord, not because we will them to.

And most importantly: When someone shows you who they are, believe them. The first time.

So what are your thoughts? Ever been under the influence of feelings and ignored what your gut was telling you? Have you ever chosen to believe your version of someone rather than really listening to what they were trying to tell you? Or have you ever been on the receiving end of someone who just wouldn’t listen to what you were trying to tell them?

Photo courtesy of 500 Days of Summer